Back to all posts

The Seedy Side of Portland, OR

I spent a long weekend in Portland with my husband who was competing in the Magic: The Gathering Grand Prix. We stayed with our good friend Joe Streckert (who had officiated our wedding). Apart from getting a nasty stomach flu on the second day, the trip was splendid. I made new friends and spent time with a good friend I hadn't seen since living in Japan. We rounded off the trip with a Game of Thrones viewing and brunch before our flight back. 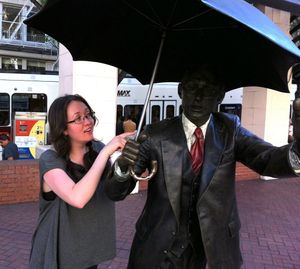 During my stay, our host treated me to one of his walking tours about the seedier side of Portland. Joe is incredibly charming and entertaining (and the tour is fantastic) and so the last thing I expected was to have an emotional response.

The tour covered exciting things like speakeasies and Shanghaiing, and other fun facts like laws against black people written right into the constitution until the 1920s(!!!).

But the thing that hit home for me, was Portland’s then-pride at herding the Japanese-Americans into camps in 1942. The city was so efficient that it boasted being the nation’s second “Jap-free” city.

This hit me hard because my grandmother, Mistuye, was interned at age 18 with the rest of her family. Though she never spoke about it, I could see the effect it had on her in the way she and her family never let my mom learn Japanese, used American/Christian names, and eventually retired to to middle of nowhere, away from any semblance of a crowd. (There were more, but I think that’s as personal as I’ll get here.)

The part that scares me the most is when I look at the climate today, I have to push away such naive thoughts as “That could never happen again,” because it absolutely could. I hear about experiences like “My Racist Encounter at the White House Correspondents’ Dinner” and feel a sense of foreboding. It is so easy to point at someone and say “That’s what my enemy looks like,” that we forget there is a human being on the other end. When we let fear and ignorance get the best of us, we invite such horrors into our world as profiling, blacklists, internment, and genocide. Don’t scoff, because it has happened--and recently. And desensitizing yourself to it is the worst thing you can do. 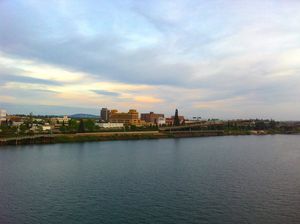